After being here at my new job about a month my co-workers Don and Caroline invited me to go off-road riding on two different occasions to Crown King on February 4th and February 17, 2018. On both of these trips we were up bright and early with the car hauler hitched to Don’s truck and loaded with the Cam Am’s. The drive is about 60  miles outside of Phoenix on I-17, exit 248 to Bumble Bee/Crown King.

After exiting the highway we drove about 3 miles on a two-lane paved road to a staging spot where we parked and met 3 other couples/friends who were joining us for the day. After unloading the off-road vehicles, checking everything over and packing up with water and face coverings for the dust we were off and running. I rode with Caroline in her orange and black CamAm……The vehicle has a roll bar cage, I was all buckled and strapped in, had my bandanna wrapped around my face to help keep out the dust. I have done a lot of off-road riding in my dad’s Bronco growing up, with our quads and dirt bikes with my kids, but I had not been riding in these Cam-Am’s….what a thrill they are. These things are fast and we were barreling up the dirt road 50-60 miles an hour, going around corners and skidding the back end. Caroline is a good driver but I have to say I was holding on to the safety bar pretty tight… as the day went on I relaxed. 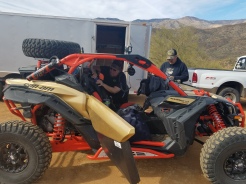 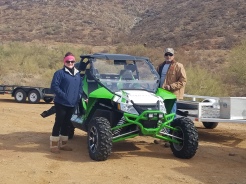 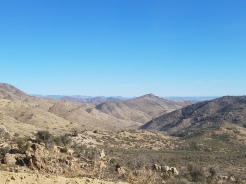 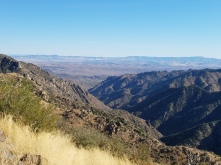 The ride to Crown King was to be about an hour and a half….our first stop for a break and cold drink was at an old mining/ghost town called “Cleator” population 8 is what the sign on the side of the building says. There is not much to Cleator except for a few ramshackle buildings. The highlight to the stop was the Cleator Bar and Yacht Club with cold beers and soda which is also an “old” building. This place was a crazy, fun twist to a bar in the desert. The staff is friendly, the walls are plastered with $1.00 bills, wooden floors, knick-knacks, pictures and memorabilia from the past. Outback, the bar is all decked out in a Nautical/Beach theme with a big pontoon boat, surfboards, buoys and jet skis along with a stage where live bands play on the weekends.

This community located in the foothills of the Bradshaw Mountains began in the late 1800s as Turkey Creek. It later became Cleator, after James Cleator bought the town and named it after himself. The town is still owned by the Cleator family. 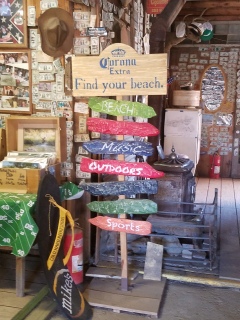 We then continued on about 10 more miles to another mining/ghost town of Crown King. Crown Kings sits 6,000 feet high in the Bradshaw Mountains. The only way to get there is on a 27-mile dirt road with many switchbacks……Here at Crown King, you will find a general store which has been operating since 1904, several places to eat, a few travel trailers and many historic cabins. A population of only 133 people, it is also home to The Crown King Saloon, one of the oldest bars in the Western United States. The original owner, Tom Anderson, was a miner who worked at the Crown King Mine and mill. Shortly before the mine closed, he purchased a butcher shop and in 1906 he moved this butcher shop piece by piece from Ore Belle, just two miles up the road to Crown King, where it later became The Crown King Saloon & Café. The saloon is full of history and has been a very big part of the community in Crown King, Arizona.  It also survived Prohibition, numerous city fires, and time. The Crown King Saloon is a piece of living history that you can personally sit in, order a drink and a meal. 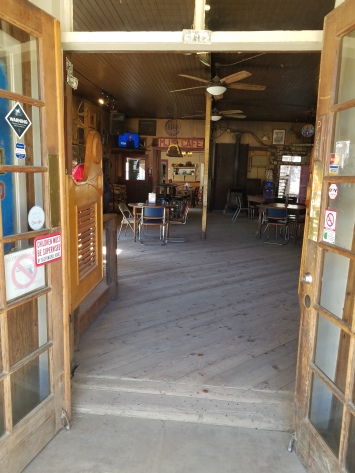 From Crown King, we headed up the road another few miles to a place called Horse Thief Lake, it’s a small lake with a dam and lots of cattails. We stopped here for a bit to stretch our legs, took a hike across the dam and around the lake. 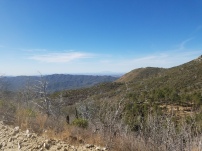 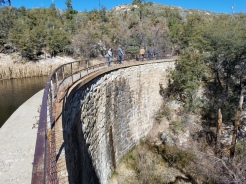 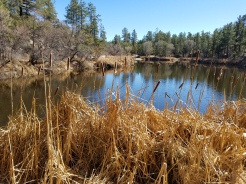 Then it was time to turn around and head back with a stop at Cleator Bar for some cool refreshments to wind up the day. It was an absolutely awesome, great day! 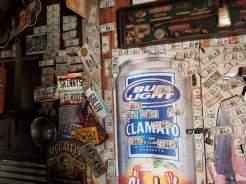 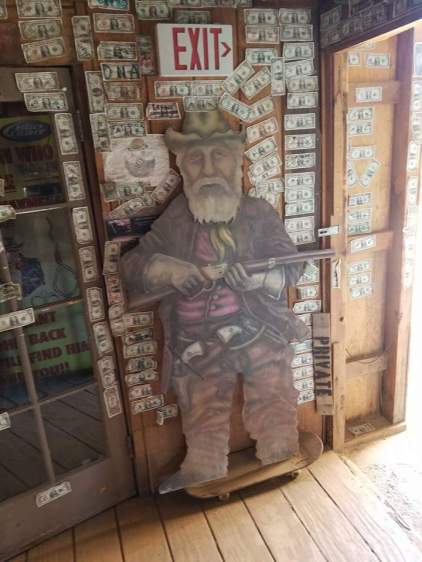 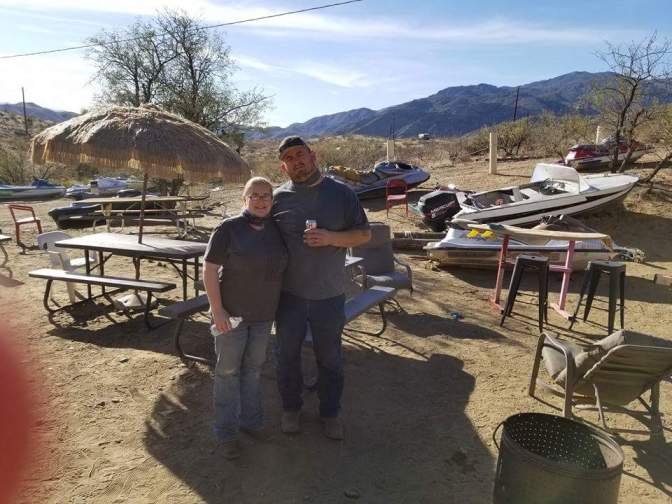